Killer lovers, cheating spouses, selfish partners, suffocating marriages. All these are results of ignoring the red flags in a relationship when it all began.

No one deserves to be heartbroken unnecessarily, that’s why I decided to compile this long and intriguing list of 22 red flags you should be on the lookout for in your relationship to avoid unnecessary tragedy or heartbreak.

This is a very serious red flag you should watch out for in a relationship. Such manipulations can land you in deep troubles you have never imagined.

2.  You have a bad gut feeling about your partner from the beginning

You shouldn’t be in the relationship in the first place if your gut is telling you something is off. Most people are blessed with that keen sense of feeling something evil or something that just isn’t right.

If your gut has led you right on many other occasions, this is probably one of them and should be considered a red flag in a relationship. The moment you get that feeling, you should start distancing yourself from that person to avoid falling for their charms.

3.  Their actions don’t match their words

It would be easy for me to caption this as “lying” but it really has a deeper meaning. These are those big talkers, who always say the right things but when they act, you have to pinch yourself to know if it’s just a dream or real life.

With this type of person, you really don’t know what they are capable of doing. This is also a big fat red flag in a relationship and can even be a total deal-breaker.

This can be very funny when you are not the one in such a relationship. The instant you have a personal experience on this, you will know it’s not really funny again and it’s a big fat red flag to watch out for in your next relationship.

The first thing you should do is to try and teach your spouse how you like it without putting pressure on them. Then give them time to effect the changes. But if it doesn’t work, then talk to them upfront about it. Make it plain to them that they are not meeting up to your sexual needs and he/she should make efforts to improve.

But if that approach doesn’t work either, then its time you decide if you are willing to stay put in that relationship like that or end it. Cheating is never an option.

12 Biggest Turn-Offs for Guys Before and After Dating 2020

5.  If he is drugs/alcohol/smoking addicted

We understand that a lot of people smoke, drink and take drugs. If you are looking for the ones that are totally free from all these things, you will search for a pretty long time. So I won’t call them a red flag.

The red flag in this context is addiction. Is the person addicted to drugs? Does the person makes it a habit of getting drunk regularly? How often is the person high on pot or and smoke-related substance.

These are red flags but not deal breakers because there are a lot of people who have quit smoking, alcohol, and drugs because of love. So the choice is up to you. 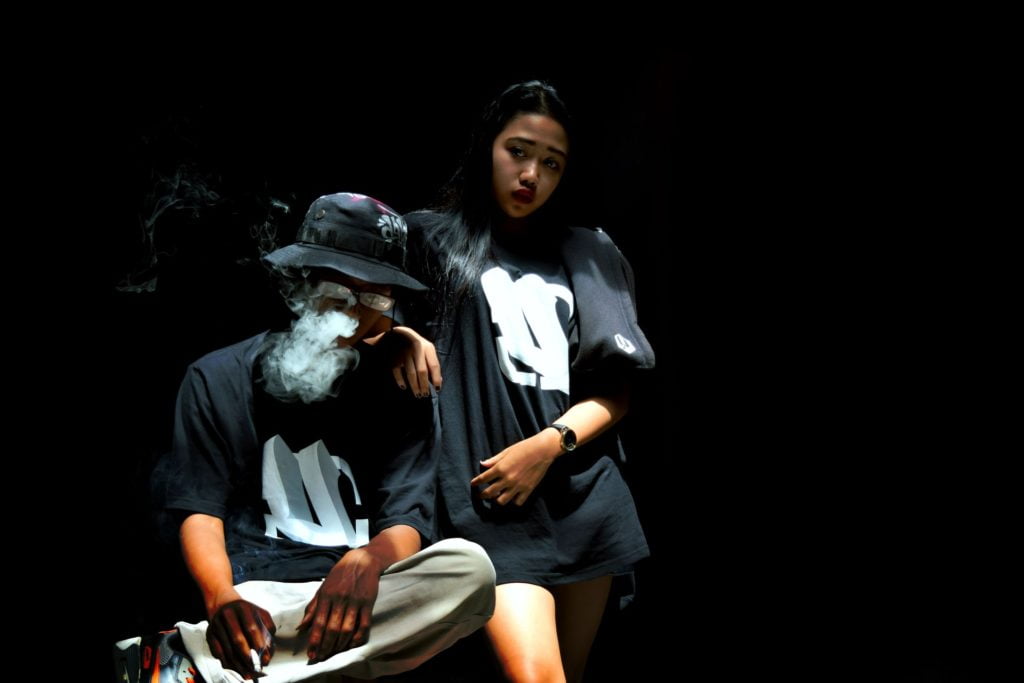 Run!!!!!! Run from anyone who shows signs of aggression. Every human has an aggressive side of them, but not all human use that side a lot. Run from the ones that are aggressive by nature or those who have a lingering dark side.

“There are other girls out there who dying to be my girlfriend”. I don’t if that statement is a perfect example of the point I am trying to make. But I am sure it’s close. No one in a relationship deserves to be treated as an option.

Just like a piece of toy from a box of toys. Such an attitude can start making the person feel inferior and less than they are worth. This is a red flag in a relationship. And if you are a person who is already battling with low confidence, this should be a deal-breaker to you. Because it would further reduce the already low self-confidence.

Reckless spending, gambling problems, poor money management. All these are red flags in any relationship. Someone who can’t use money prudently now will end up wasting your money when they get the chance or after marriage.

This is a red flag but not necessarily a deal-breaker. If you find out on time, you can easily start teaching the person how to spend wisely. It only becomes a deal-breaker in a relationship if the loved one does not want to change.

9.  Best friend of the opposite sex

It becomes a red flag in a relationship when your loved one has romantic feelings for his/her bestie. You will automatically turn to the third wheel even though you are the one officially dating the person.

10.  Blames you for every little thing

Always pointing fingers to every other person but him/herself. A person who always thinks he is the perfect one and the other person is to blame for any problem or conflict.

This is an obvious red flag, but you have to decide if it’s a deal-breaker to you or not.

11.  No interest in important matters about you

A situation where your spouse doesn’t care about important things going on in your life. For example, you lost a close friend and your spouse/date doesn’t create time to spend with you to console you. OR you are taking a big step in your career and your partner cares less of how you are coping or if it would turn out well or not.

This is a serious red flag in a relationship and it shouldn’t be taken lightly.

12.  They are unwilling to compromise

In a situation where the person isn’t willing to make any compromise and always wants you to agree with them or do it their way, then that’s a red flag. 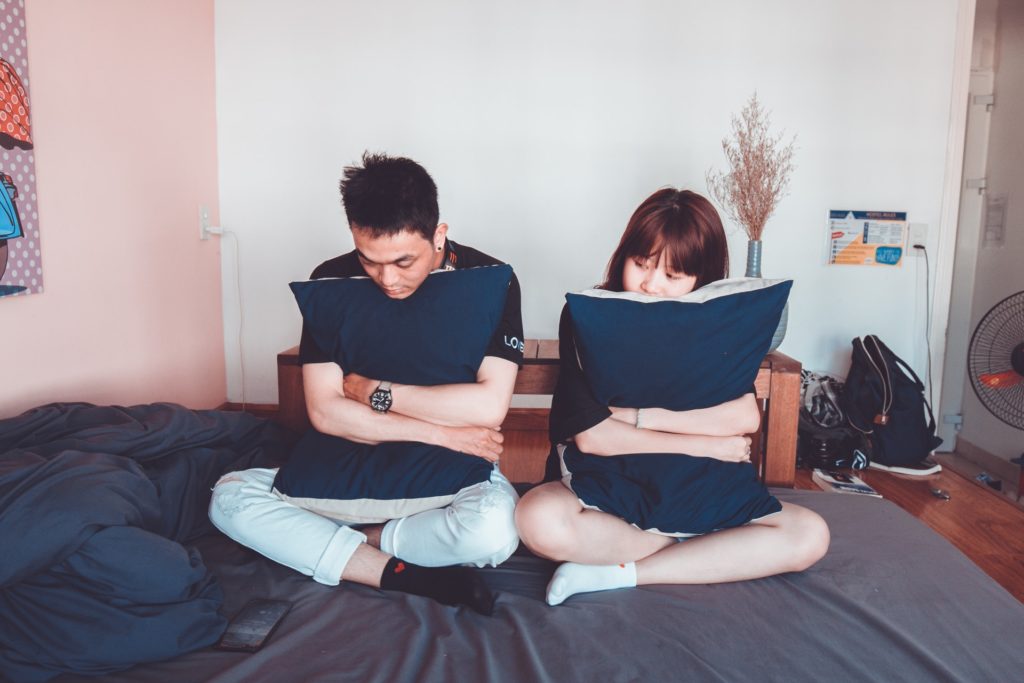 Control freaks, people who want to control every aspect of your life. Left to them, they would probably control when you sleep and even use the toilet.

I don’t have to spell it out to you that this is an obvious red flag with a crown on it. People under this category are inches away from turning you into an obsession. So please put a check to it while you still can.

If a person claims they are in love with you, why would they need you to change everything about you and become a completely new person? It’s plain simple, that’s not true love. This is a red flag in a relationship. It’s ok to make a few changes periodically, but never too much change in a short period of time.

Day to day, you never receive encouragement from your partner to do something good you want but scared to do. A healthy relationship is meant to help you achieve those personal goals you have set for yourself.

It’s meant to inspire you to become more than who you are now. A relationship is meant to help stretch you out to reach those positions you have always dreamed about.

When a relationship doesn’t help you in this manner, then that’s a red flag. To me, it’s a deal-breaker. But I leave you to decide on that yourself.

For the girls, if a guy doesn’t respect his mother or sisters, there is a huge chance that he wouldn’t respect any girl in his life, so this is a possible red flag in a relationship.

And for the guys, if she doesn’t respect her father and brothers, it’s possible that you will never get the respect you long for from that girl. 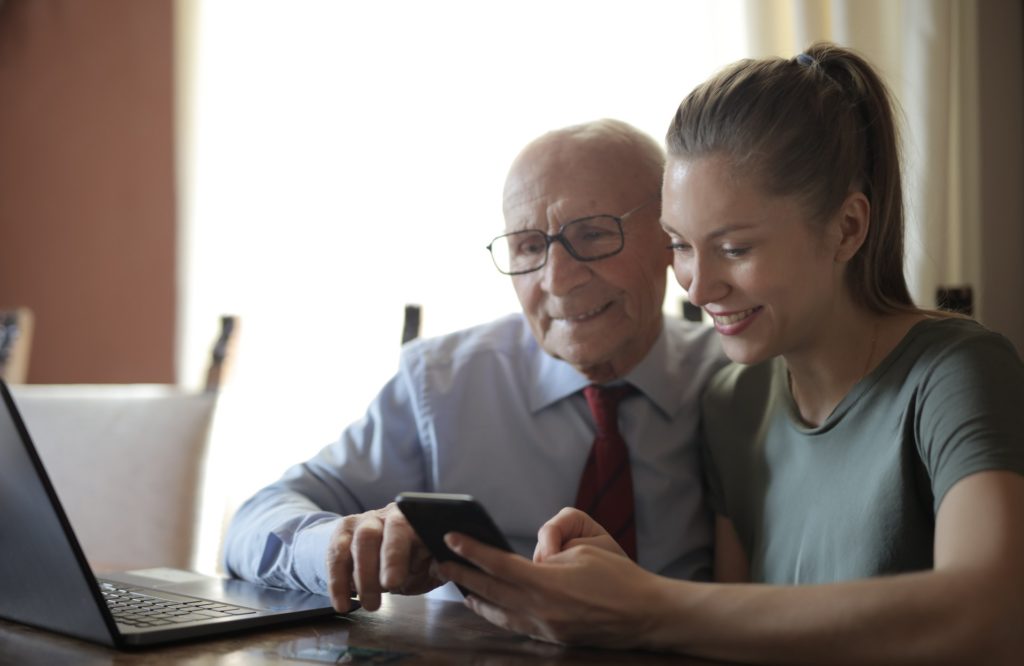 17.  Someone not willing to do the same things for you that you do for them

This is really self-explanatory. Being in a relationship where your partner isn’t willing to make the same sacrifices you have made for them.

In times of trouble, you have helped them financially with your last money or even borrowed to complete it. But when it gets to your turn, they are not willing to sacrifice their last money for you.

It just means they don’t love you the same way you love them. If you continue in that relationship, you may end up always feeling unloved. So this is a red flag in any relationship.

The mere thought of someone frequently disappearing without proper explanation is damn creepy. Those secret movements they try to cover with flimsy excuses. You need to get to the bottom of it fast or get out of that relationship while you still can.

While digging for the reason behind the disappearances, be careful not to get caught. Before you get dragged into a situation you never planned for. My advice is, if you start digging and you see more shady things, pack your things and leave without asking any question.

The major question here is. What are they seeing that you are blinded to? Try to answer that honestly and your eyes will open up.

Your family and friends have so much love for you and wouldn’t want to see you head down the wrong path. When your entire family and even friends disapprove of your relationship with a person, it means there is a red flag they are seeing clearly that you just ain’t. So this should be a red flag to you as well.

Dating a ghost. Being in a relationship where you know nothing about the person’s past. Even in cases where the person tries hard to prevent you from knowing about a particular event that has happened in the past.

These are all red flags and you should be careful with your own safety. For all we know, the person might be a criminal on the run.

Love is all about giving. How can a person claim they love you to the moon and back but find it hard to give you anything. The person doesn’t have to be Jeff Bezos before they get you a gift or something nice.

Unless you want to spend all your time with a stingy person, this is definitely a red flag in a relationship.

22.  Wanting to get physical without your consent.

Having sexual intercourse with someone without their consent is plain rape. Whether married or engaged or just dating, rape is rape. So if a partner tries to still get physical with you even when you have made it crystal clear that you are not interested, that’s a very big fat red flag. The earlier you leave that relationship, the faster you will save yourself from future tears.

Red flags in a relationship are so many, but this is all I can write for today. I hope these 22 red flags would help stir you out of bad relationships. Thanks a million for patience to read this really long article.