I’m yet to find a person on earth who doesn’t know the popular saying “Love is blind”. It’s almost as if we were all born with that in mind. The phrase has been repeated so many times in our lifetime to the point it now seems to be the only truth.

But is love really blind or is it just another elaborate lie held by the masses. It isn’t the first time where the whole world is misled to believe something that is false. Ask Galileo Galilei who spent his life in prison for saying the earth rotates around the Sun on April 12, 1633

In this article, we will first look into the origin of the phrase “Love is Blind” to know if it’s from a reliable or scientific source. Next, we will then get into the reasons why some believe that love is blind and others don’t. Lastly, we will reach a conclusion on if love is blind or not.

Origin of “Love is blind”

There are two possible origins of Love is blind. The second origin is rather an interesting story, so sit tight and read on.

The phrase “Love is Blind” first appeared in a Chaucer’s Merchant’s Tale, circa 1405: “For loue is blynd alday and may nat see”. Unfortunately, it wasn’t recognized at the time. It was only when the famous writer William Shakespeare picked interest in the phrase and used it frequently in his plays such as Two Gentlemen of Verona, Henry V and The Merchant Of Venice.

The second possible origin is from a love story in Greek mythology.

Years ago, there was a very beautiful girl named Psyche. She was the most beautiful girl men had ever seen to the extent that men from far away all traveled long distances to set their eyes on her.

This new found attraction by men annoyed Aphrodite (the goddess of beauty). Men had stopped frequenting her temple as much as before because of the new living beauty.

Out of anger, Aphrodite asked her son Cupid which is the god of love to go and make Psyche fall in love with the ugliest man around. Obedient Cupid went off to do his mother’s bidding. As he rose his bow and arrow to shoot her when she looked at a very ugly man, he caught a glimpse of her face and beauty and took his hands down but the arrow got loosed and shot him in the foot and he fell in love with Psyche instantly.

But he knew he couldn’t marry her because she was a mortal and his mother would be extremely angry with him.

Meanwhile, Psyche’s father was worried because no man was making any attempt to marry his daughter as they thought she must be expensive to maintain. With a troubled heart, he went to Zeus’s temple for guidance. Zeus decided to act in favor of Cupid and gave a prophecy that Psyche was destined to marry a demon. And she should be kept on the mountain peak on a moonless night for her demon husband to take her.

After much resistance, he finally dropped his daughter at the mountain peak on a moonless night. Cupid happily flew down and picked his new bride up and took her to a palace in the clouds.

Cupid told her that the only rule was she should never see his face and if she did, he would leave her.  Because of this, he only comes in the night when the palace is totally dark. She had invisible servants who took care of her in the day.

After becoming familiar with her husband whom she had never seen his face, she asked him to permit her sisters to visit her. After a while, he agreed and her sisters came visiting. They were really jealous of her fortune and talked her into spying at her husband’s face when he falls asleep.

Psyche decided to hold a lamp over cupid’s face in the night while cupid was asleep as her sisters had asked her to. She quickly realized her husband was Cupid, the most handsome god. Cupid woke up unexpectedly and shocked her, his sudden movement knocked the lamp of Psyche’s hand and the hot oil form the lamp landed on his eyes. Cupid was blinded and angrily left his wife.

Later on, cupid went around blind, hitting people with his arrow and sometimes forgetting to hit the other person as well. Hence the phrase, “Love is blind”.

Once again, this origin wasn’t backed by any fact either. Still just a phrase in a story as the first origin.

We can all agree that both origins of the phrase “love is blind” gives no true proof of love being blind, all we learned is it was just a writer’s imagination.

Also, we all have expectations of what our dream partner should look like (physical appearance) and act like. After setting all those expectations, love can swoop in and make you love someone completely different from what we expected. Love blinds you of your former expectation and gives you a new definition of “dream partner”. The person might not be physically fine to other people but to you, he/she is the finest person in your world. 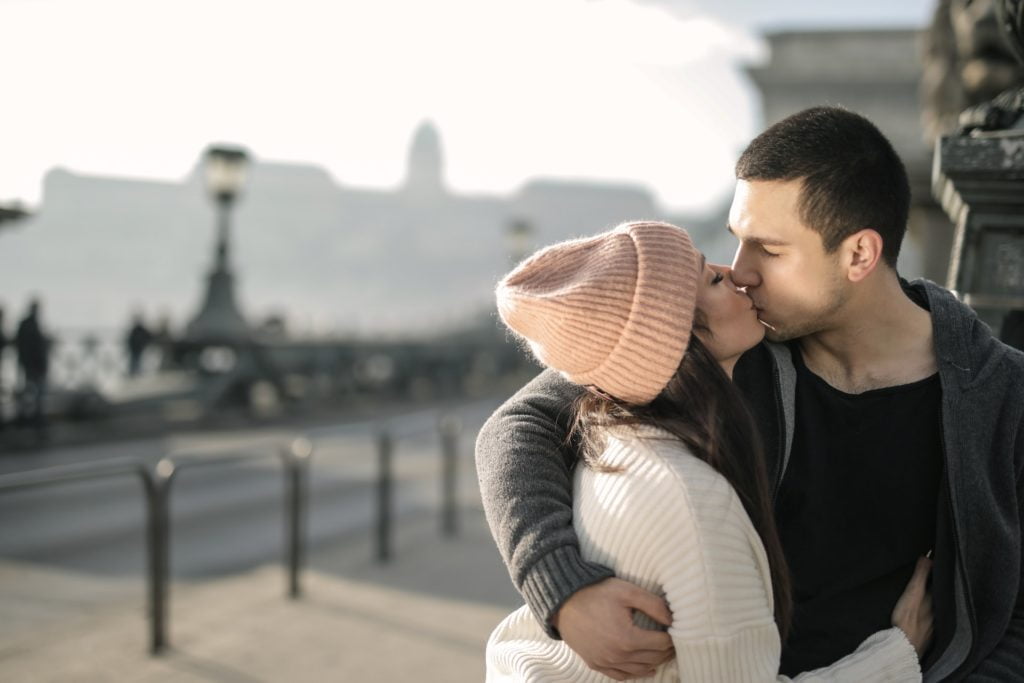 How can you call something blind when it brings two completely different people that form a perfect whole together? The yin and yang effect. You have to be seeing perfectly clear to solve a complex puzzle such as jigsaw puzzle, in this case, Love puzzle.

Also, true love doesn’t necessarily makes you blind to the flaws of your partner. True love makes you aware of the person’s strengths and weaknesses, but it makes you focus on the strength more and makes you try to improve the weakness of the person.

The honest truth behind “Love is Blind”

With both points clearly stated, we can see that they are both right from their point of view. Yes, love is blinded to the physical appearance or weight of one’s pocket. But it sees perfectly when it’s to bring two imperfect people to form a perfect whole. It’s a half-full half-empty situation.

At this juncture, there is only one correct way to describe love. Love is blind as a Bat.

Note: A bat may be blind but when it’s time to hunt, it uses sound and echo to achieve nearly perfect sight. Just because it doesn’t use what the world expects it to use (eyes) in seeing doesn’t mean it’s truly blind.

Same thing applies to love. Many people want to judge love with physical appearance. When they see a couple where one person is like an angel and the other like a beast, they shout ‘Love is blind’. But love saw something truly unique in those two that make them a perfect match beyond the physical appearance.

I hope I was able to put your mind at rest on this matter. If you still have a contrary opinion, contributions, or further question, feel free to leave them in the comment section and I will get back to you.