“My ex was a narcissist. He was so selfish and mean!”

“I’m dating a narcissist, she always wants to know where I am every minute of the day.”

Today, you only have to check a social media platform or forum to see tons of people claiming they’re dating a narcissist. The word is so common that most people insist their partners are narcissists because they act selfishly or have high self-esteem. But that’s not what narcissism is about.

Contrary to how lightly the word is used today, narcissism is a personality disorder we need to take seriously and should be diagnosed by professionals. But because we often don’t realize we’re with one, we don’t know how to get them the help they need or have the healthy relationship we deserve.

To help you see signs you’re dating a narcissist, we have addressed some of the things you need to know. Remember, you’ll need a professional diagnosis to confirm for sure. That in mind, let’s look at who a narcissist is.

Who is a Narcissist?

According to Dr. Ramani Durvasula, a licensed clinical psychologist and a professor of psychology at California State University, a narcissist is someone with a self-esteem disorder.

Narcissists lack empathy, have grandiosity, a chronic sense of entitlement, constantly seek admiration and validation from other people.

“They can be charismatic, often quite smart, charming, and very gripping. But over time, all of that superficial façade is behind a real lack of empathy, a lack of compassion, they often don’t listen very well, they’ll be prone to patterns like deceit and lying”

According to experts and researchers, these are 11 signs you’re dating a narcissist.

Narcissists don’t understand what you feel, think, or experience. In episode 95 of Speaking of Psychology, a bi-weekly podcast from the American Psychological Association, Dr. Sara Konrath said that a decline in empathy gives rise to narcissism because people with this disorder are more focused on themselves than others.

More so, they’ll react in a way beneficial to them even when they understand how their actions affect you and your feelings, thoughts, or experiences.

When they’re not causing you to doubt reality, they’re ignoring you or trying to gain the upper hand during a discussion by inviting a third party to justify their opinion and make you feel insecure. Also, they have difficulty maintaining necessary boundaries and would blackmail you into believing the limits you set are unrealistic.

Also read: Why You Should Love Yourself – 6 Ultimate Reasons.

Narcissistic people don’t believe anyone else is better than they are. Does your partner feel unique and think nobody is as important as they are? Do they feel only people who are as unique as they are can understand them?

If you answer yes to these questions, you’re likely dating a narcissist.

4. Excessive Need for Attention and Validation

In episode 37 of Speaking of Psychology, Dr. Ramani Durvasula said that the need for attention and validation from a narcissist is coupled with a sort of inability to regulate self-esteem—that sense of peddling faster to get the regard of other people.

“When you’re with someone narcissistic, it can often throw you off because initially, because they’re so good at putting on that admiration-seeking show—they can be charismatic, often quite smart, charming and very gripping,” Dr. Ramani said.

Does your partner feel exasperated when ignored or when someone else gets all the attention? Is the conversation always centered around them? Do they feel better when showered with praise? Answering these questions will help you know if their actions are signs you’re dating a narcissist.

5. Extremely Concerned About Appearance and Reputation

Narcissists are always concerned about their looks and how people see them. They tend to be perfectionists because they’re focused on having a perfect image, and when in a relationship, their partner has to be as perfect as they want them to be.

The entitled behavior of a narcissist stems from an unrealistic sense of superiority. As earlier stated, they don’t believe anyone can be better than they are and can’t refuse to do anything for them.

Narcissists think they’ve earned special treatment and favors even when they’ve done nothing tangible. Moreso, they’re quick to play the victim card when they don’t receive these favors.

7. Tries to Isolate You from Friends or Family

Do you feel isolated from your friends, family, or the world? Each time you try to bond with someone else, does your partner find reasons why you should stop? These are subtle signs that you’re dating a narcissist. They love to be in control and would do all they can to stay in command.

Having contact with friends or family might lead you to question them or their attitude. Sometimes, keeping in touch with the outside world helps you gain more knowledge and broaden your perspective. So, a narcissist would isolate you by employing manipulation tactics to keep you away from everyone.

8. Doesn’t Take Responsibility For Their Actions

When someone hurts you, they apologize and find ways to change, but this is not so with a narcissist. They never see anything wrong in what they do because of their lack of empathy and unrealistic sense of superiority.

Other times, narcissists know how their actions hurt you but would rather blame you or anyone else.

Narcissists are always quick to give a distorted account of what transpired between them and others. For instance, they might want to spend time with you, but you politely ask to reschedule because of your busy schedule or an emergency. They’re likely to tell everyone they pulled the best surprise for you and how you refused to show up.

If your partner always exaggerates or lies about your reaction or what transpired, then you have one of the clear signs you’re dating a narcissist.

Having few friends is one of the obvious signs you’re dating a narcissist. In Speaking of Psychology, Dr. Ramani Durvasula said narcissism has even been viewed more as a disorder of attachment—that inability to make deep, intimate, connected, and phatic ties to another human being.

Unlike introverts who shy away from people, narcissists can’t build ties with other human beings because they see people as sources of supply. They feel superior and constantly manipulate everyone around them. While friendship with a narcissist can be one-sided and draining, they walk away once they can no longer tap from the source but will feel slighted if a friend cuts ties with them.

The behaviors of a narcissist are always extreme. When it comes to feelings, they love-bomb you within the first week of the relationship and often tell you how amazing you are, but over time, nothing you do will seem good enough. Although they can compliment you after a long time of insults, there is always a condescending undertone to these compliments.

Additionally, a narcissist takes retribution seriously. According to a 2020 study on BioMed Central, justification of revenge against anyone who offends them is unavoidable because of a pain-rage-hatred cycle.

Also read Knowing When to End a Relationship – 13 Signs to Watch out for.

Tools Used by Experts to Identify a Narcissist

At the time of this writing, there’s no specific lab test to diagnose Narcissistic Personality Disorder (NPD). Doctors and therapists rely on unique data collection techniques specialized in capturing specified traits to indicate if the person has NPD. These techniques and scoring systems are complex and better administered or scored by professionals. Don’t try to use them without professional guidance.

The six tools used to identify a narcissist are:

NPI is one of the most used tools to measure nonclinical narcissism. The original NPI had 220 items before the commonly used NPI-40. Although new NPIs called NPI-16 and NPI-1 were created in 2006 and 2014, the NPI-40 remains the most used.

To know if your partner possesses narcissistic traits, you can get the person to take the self-report NPI-40 test. It also includes a scoring system so you can get an instant result and know if you’re in a relationship with a narc. Take the NpI-40 test here.

If the score is high, consult a medical practitioner for further testing and a definite diagnosis.

The Grandiose Narcissistic Scale measures/identifies a grandiose narcissist. It has 33 items and reflects the seven factors of NPI-40.

The primary purpose of HSNS is to measure/identify a hypersensitive narcissist by correlating two other measures of narcissism.

PDQ is a broader instrument used in measuring an array of disorders which includes NPD.

FFNI is another tool used to measure the traits of narcissism and can also measure grandiose and vulnerable narcissism using a 5-factor model.

A Simplified Method of Knowing if You’re Dating a Narcissist

You don’t have to give your partner all the tests mentioned above to identify signs you’re dating a narcissist, especially where they’re unwilling to take the NPI-40 self-report test. The person has to have at least 5 of the below characteristics to be classified as a Narcissist.

According to the American Psychiatric Association, DSM-5 Task Force. (2013). (5th ed.), a narc would have at least 5 of these 9 characteristics.

How to Help a Narcissistic Partner

Having a narcissistic partner can be one of the reasons you’re unhappy in your relationship but this doesn’t mean the relationship can’t become better again. As long as the person is willing to accept help, you both have a shot at having a healthy and happy relationship.

If your partner possesses a minimum of 5 out of the 9 traits mentioned above, see a therapist for proper testing and final diagnosis. Also, your partner should consider therapy once diagnosed.

Why? Therapy will help your partner manage this disorder which would improve your relationship tremendously.

Please note that we don’t diagnose a person with NPD. Here are some renowned hospitals that could determine and offer treatment to your partner.

Mayo Clinic has ranked number 1 in the US over 5 times and is the current best hospital in the US (as of the time of this writing).

They offer world-class treatment for people with NPD. What better hands to help diagnose and treat your narcissistic partner other than the best hospital in the US?

Located in Atlanta and Chicago, they have been helping people with Narcissism to manage their symptoms since 1989. Their approach of treatment involves a unique brain-body approach that has the least toxic, most effective strategies.

If you are unable to go there in person due to pandemic restrictions, they also offer telepsychiatry services.

If these suggestions seem unsatisfactory, you could also search for better alternatives in your current location once you notice signs you’re dating a narcissist.

That’s it on who a narcissist is, signs you’re dating one, and how you can get them help. Keep in mind that one bad behaviour doesn’t make your partner a narcissist. He might just be a liar. Or she might just be a mean person. To know for sure, watch out if your partner exhibits the majority of the 11 signs we listed and get them to take the tests. If they’re not willing to get help, you’ll need to decide whether to save yourself or go through the physical and mental harm that may likely follow in the relationship. Hopefully, you’ll choose YOU. 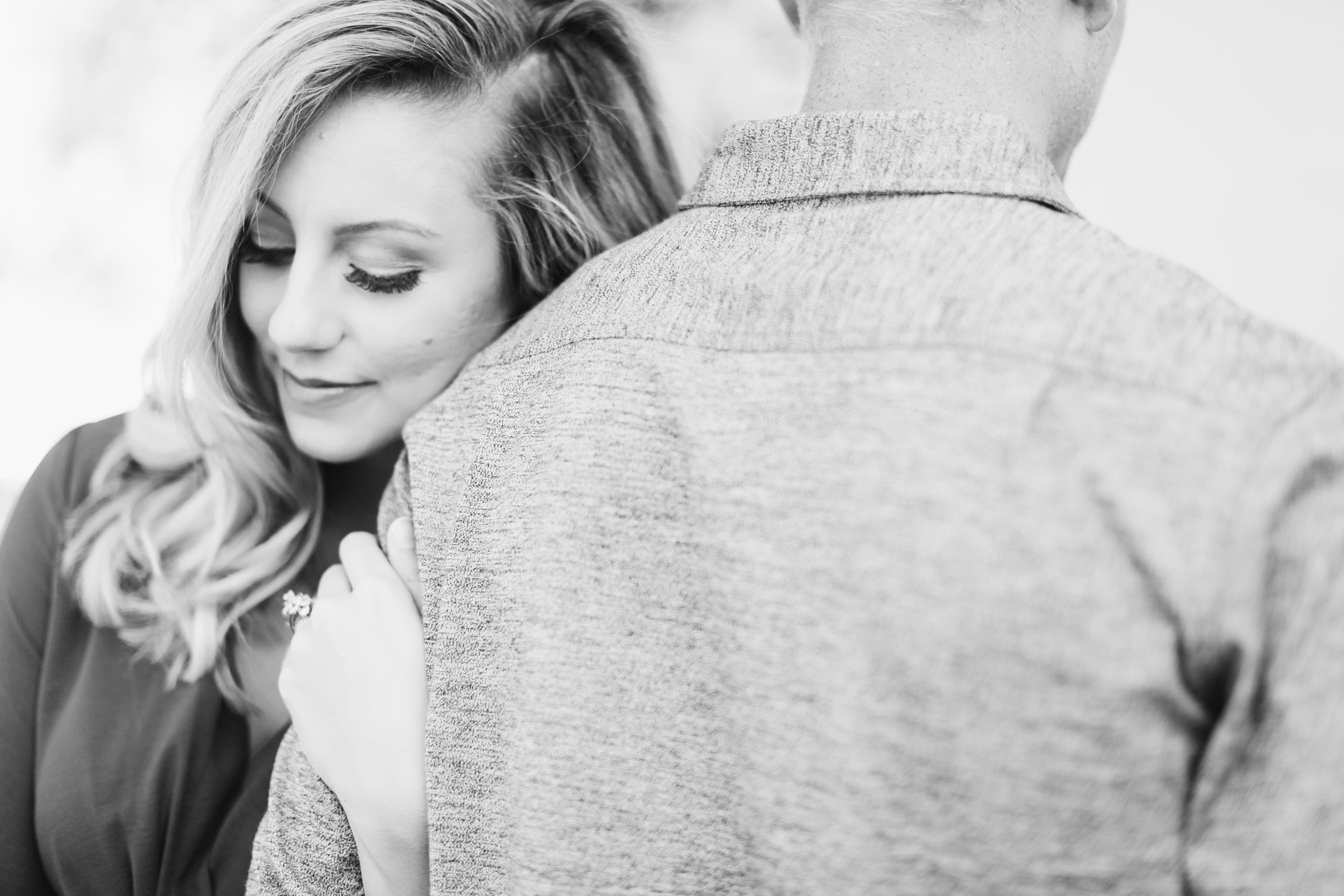 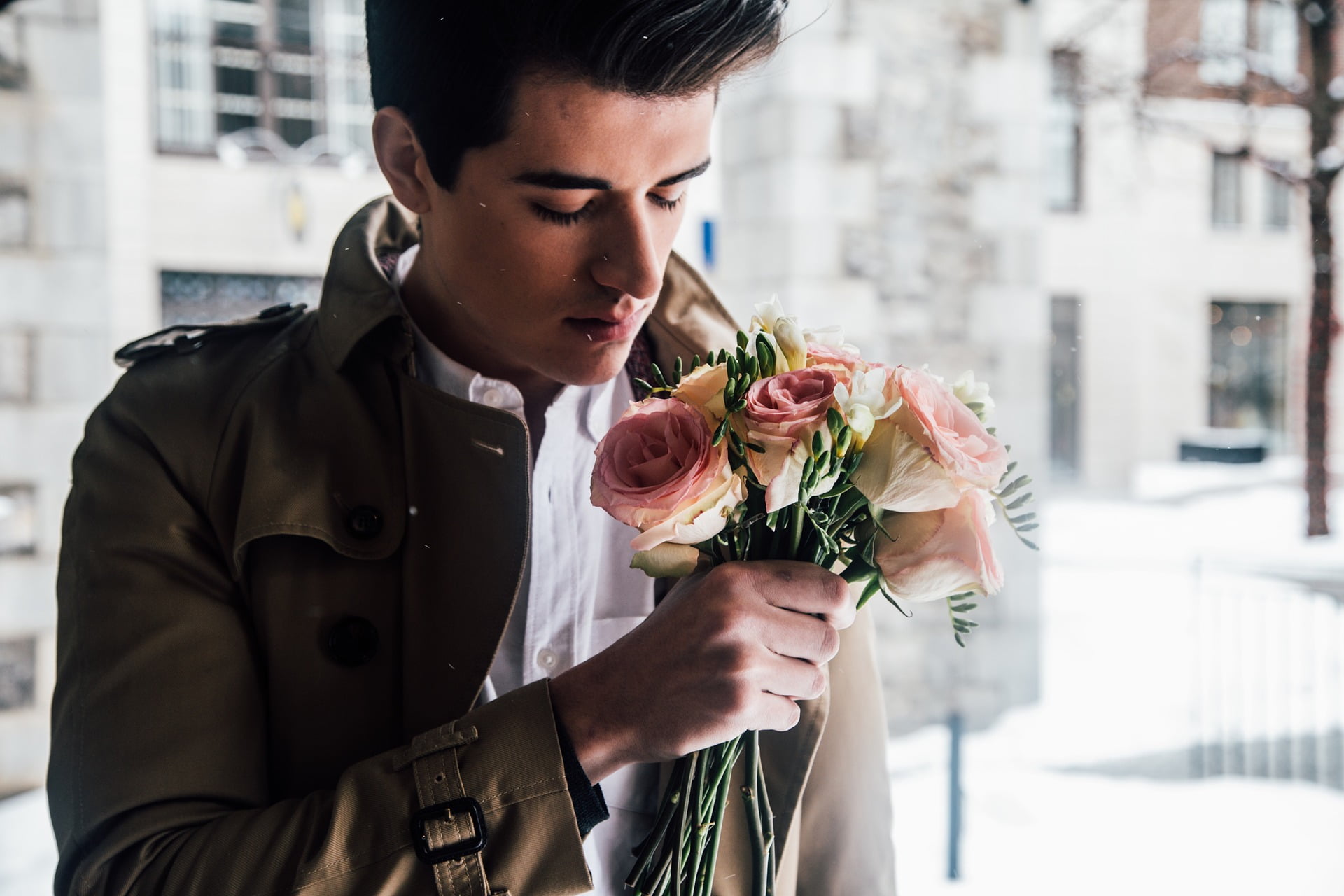 Why You Should Love Yourself – 6 Ultimate Reasons How to Mend A Broken Friendship In 10 Steps