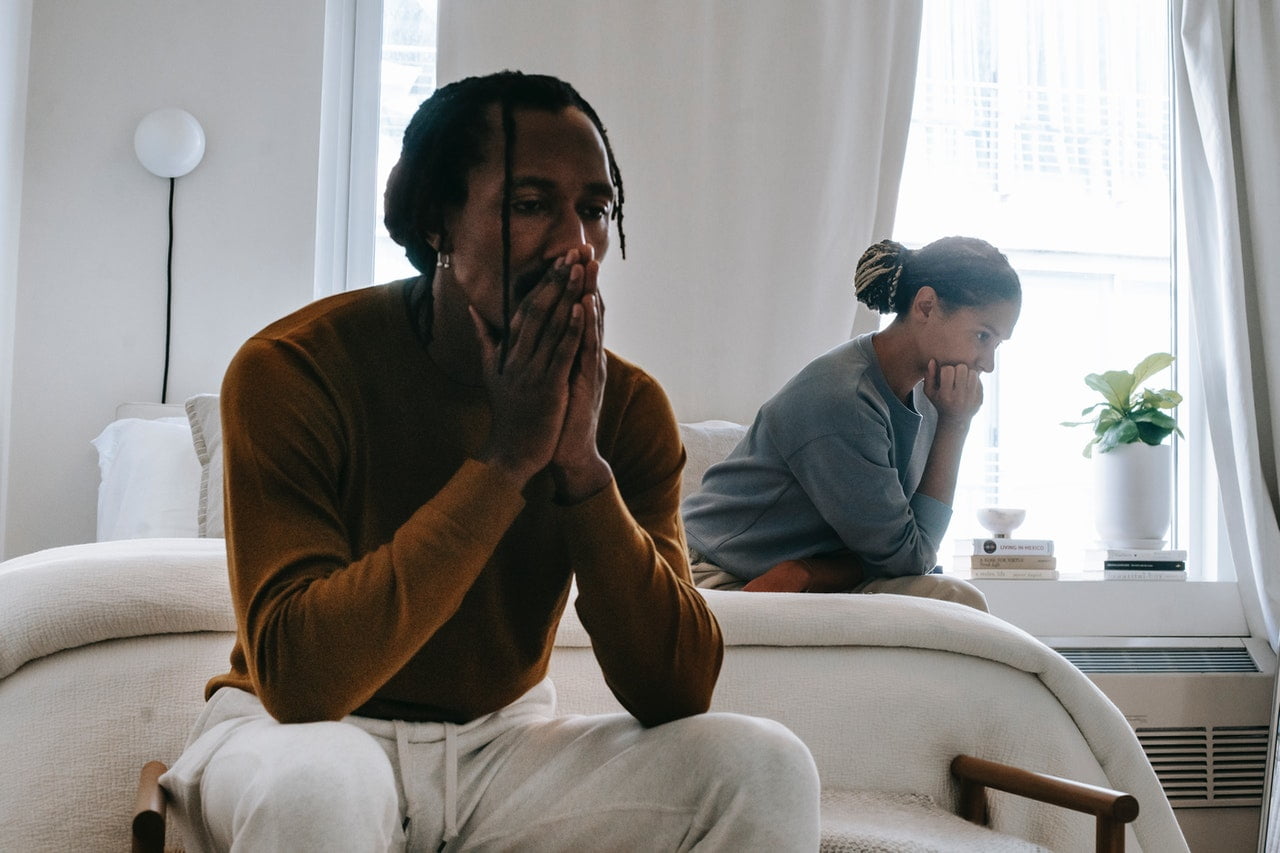 62% of couples break up within 1-3 months. That is a staggeringly high rate, and it appears to be increasing every year. Even with all the technological advancements, research, and millions of dollars poured into the couples therapy sector, we are still having increased numbers of breakups. That makes one begin to wonder, What on earth is causing these high numbers of breakups?

Out of all the research done to answer this question, one research that stands out among the rest is the research conducted by NCBI (National Center for Biotechnology Information). Although it was conducted for causes of divorce, the causes they discovered are still relevant in both married and unmarried couples, hence worth mentioning.

The single largest cause of divorce isn’t cheating, or abuse, or fighting, it’s simply lack of commitment. Wow! Isn’t that shocking?

After all those heartfelt speeches of never letting you go and sticking with you to the end, you would expect such a person to be fully committed to keeping the relationship going. But that is not the case.

It seems the moment the dust of the initial burst of love and emotions settle down, 75% of people lose energy to keep the commitment going.

This means if couples put more effort to stay committed in their relationships, the breakup rate would reduce drastically.

But well, if wishes were horses…..

This should come as a shock, there are tons of cheating stories everywhere. NCBI discovered that infidelity is the second biggest reason for the high number of divorces/breakups.

According to Helen Fisher, Ph.D. an American anthropologist and researcher in human behavior, people become infidel for a lot of reasons, some of which are;

In some people’s case, these two brain systems are not fully connected, which allows them to cheat to satisfy their sexual needs without seeing it as a crime in the relationship, which in turn causes the breakup of the relationship.

The keywords here are “Too” “Much”. The reason being conflicts is a normal part of every relationship growth curve.

But, 57.7% of why couples break up is when the conflicts become too much.

It becomes too much when it begins to harm the relationship more than it helps it.

The next popular reason why a lot of couples break up is that they got married too young. Relationships and Marriages require a certain level of maturity that isn’t usually found in young marriages.

This is the reason why 48% of people who marry before the age of 18 end up getting a divorce within 10 years, as opposed to the 25% divorce rate for those who get married after the age of 25.

It clearly shows there is some relation between breaking up and the age of the individual.

Money problems are one of the longest-standing problems relationships face and even the entire world.

Having a bad financial habit can not only wreck your life, but it can also cause the breakup of your relationship.

Some financial issue that frequently breaks up relationships are:

The best and safest way to solve financial problems in marriages is for both couples to take a course on 2 in personal and joint finance.

That way the both of them can be on the same page when it comes to financial matters.

Substance abuse which consists of drugs, alcohol, weed, and all other intoxicating substances, has its way of wrecking a person’s life completely. After attacking your body, it begins to attack your relationships with other people(generally those trying to get you clean), the person who feels the heat of the attack most is the person’s spouse.

Being in a relationship with an abuser of substance is like walking on hot coal.

You will most likely get burnt if the person doesn’t stop on time or you don’t get out fast.

Not everyone can handle living on the edge each day, wondering if you will walk into a room with the person’s body on the ground cold from an overdose. Or if the drugs will make the person turn violent on you. It also kills trust. This is why it causes a breakup in many relationships.

1 out of 4 women and 1 out of 9 men experience severe intimate partner physical abuse, according to NCADV (National Coalition Against Domestic Violence).

The ongoing campaigns against domestic violence, it has empowered victims to flee at the sight of it, thereby causing a much-deserved breakup.

Remember the Keynote in that statistics is “severe”, meaning minor/less severe abuse does happen to a larger number of people

Isn’t it surprising that with the alarming rate of domestic violence, it just constitutes 23.5% of the breakup rate?

Well, that’s a topic for another day, stay tuned to find out why.

Religion is at the core of each person’s belief system and the guideline to which they interact with others.

When a couple of 2 distinctive religion come together, there is usually friction that occurs which cause less than 20% of breakups and divorces

It is a lot easier for couples to get along when they share the same religion at similar levels.

For couples of two different religions to get along, they have to respect each person’s religion and accept the person for who they are if neither party is willing to adopt the other’s religion.

Family acceptance is very important to a person coming from a strong family-oriented background.

Once a family starts kicking against a relationship of one of its members, it instantly causes a problem for the couple. Some couples are not prepared to deal with such problems, which causes them to break up to maintain peace. While others, at a point, understand the reason for the rejection and decide to end it.

It’s worth noting that this accounts for a small portion of breakups, so more couples are taking a stand against their family in support of their spouse.

Deadly health challenges have been recorded to increase breakups and divorces, especially when the woman is sick.

The suspected reason for this disparity between separation rates by gender is that women are more caregivers than men. So when there is a serious health challenge, the women step up to the plate and take care of the men. But when the reverse is the case, lesser men are able to provide such care. Thereby increasing the rate of breakups during such times.

Other causes of breakups you should know

Apart from the causes listed by NIBC, there are other minor causes that went unaccounted for, mainly due to the limited number of 52 persons used in its research. Here are a few others;

When arguments arise in a relationship, it’s best to trash it out completely. In situations where instead of reaching an amicable agreement, one person withdraws, it would create a backlog that will only cause greater fights in the future and ultimately lead to the end of the relationship if the person keeps withdrawing.

Comparing your relationship with others isn’t necessarily a bad thing. It helps you to keep fighting to attain your healthy relationship goals. But the moment you start obsessing over other people’s relationships, it would start making you unhappy in your relationship and cause you to break up with someone good for something shiny which may have an ugly core.

Not all relationship problems can have a fairytale ending that favors both parties. There are times were the only way to reach a mutual settlement would be to comprise. It’s that type of ” meet me halfway” situation.

A perfect example of such time is a situation I read of on Quora.

She is the eldest daughter and as such wants to be near home for her parents. She fell in love with a man who is the first child of his family and feels the need to stay near home for the same reason. The problem is, their parents reside in 2 different countries. They both want to start a home together, where should their home be located?

In times where compromise is the only way out, refusal to compromise can spell doom for the relationship.

This is a known cause of breakup we are all familiar with. A relationship without respect only ends in a breakup or misery in the relationship.

None of these should be lacking from any relationship

No matter how bad you have been hurt in your previous relationships, learning to trust in your new relationship could make the difference between a breakup and a healthy lasting relationship.

With each passing relationship that ends in heartbreaks and disappointment, it leaves a load on the shoulders of the survivors which are usually carried on to the next relationship, and the next, and the next. The load keeps increasing with each failed relationship to the point where the load becomes the leading cause of the failure of the future relationships.

Learning how to put down these pieces of toxic baggage could save your future relationships and increase their lifespan.

A healthy relationship ought to be transparent at all times. There should be no skeletons inside any cupboard. If you choose to keep a secret, it shouldn’t be anyone that can affect your spouse in any way. i.e other people’s secrets that are not yours to tell.

When you start keeping too many secrets, it begins to attract these dark clouds over your relationship which will someday be the reason for the breakup.

True love is all about giving and genuine sacrifices. If you know you are not ready to do any of that for the one you claim to love, then you shouldn’t be in a relationship in the first place.

It’s important to always have self-love while in a relationship, but the moment you set yourself and your needs higher above that of your spouse at all times, it becomes bad and causes a breakup in the long run.

Humans are prone to errors and mistakes, that is why forgiveness is a vital part of every long-lasting relationship. Failure to forgive will cause an immediate breakup in most situations where it’s either you learn to forgive or part ways.

There are no current statistics that tie sexual dissatisfaction to a specific breakup rate. Although as many as 1 in 4 relationships are sexless, based on a survey conducted by Gransnet and Mumsnet. Statistics for those who are sexually dissatisfied in their relationships will be much higher. Meaning, not many people break up because of this. But it still constitutes a smaller reason for some breakups.

According to Vikki Ziegler, the famous lawyer and Author of The Premarital Planner: A Complete Legal Guide to a Perfect Marriage. “You can have compatibility without love but But you can’t have love without compatibility”

Compatibility is what makes two different people stick and stay together. Without this compatibility, the relationship will fail.

Over the years, so many experts and relationship coaches have stressed the importance of effective communication as a key ingredient in a healthy and long-lasting relationship.

When there is a communication bridge, it can cause the breakup of a relationship because, without clear understanding, two people can not stay together. 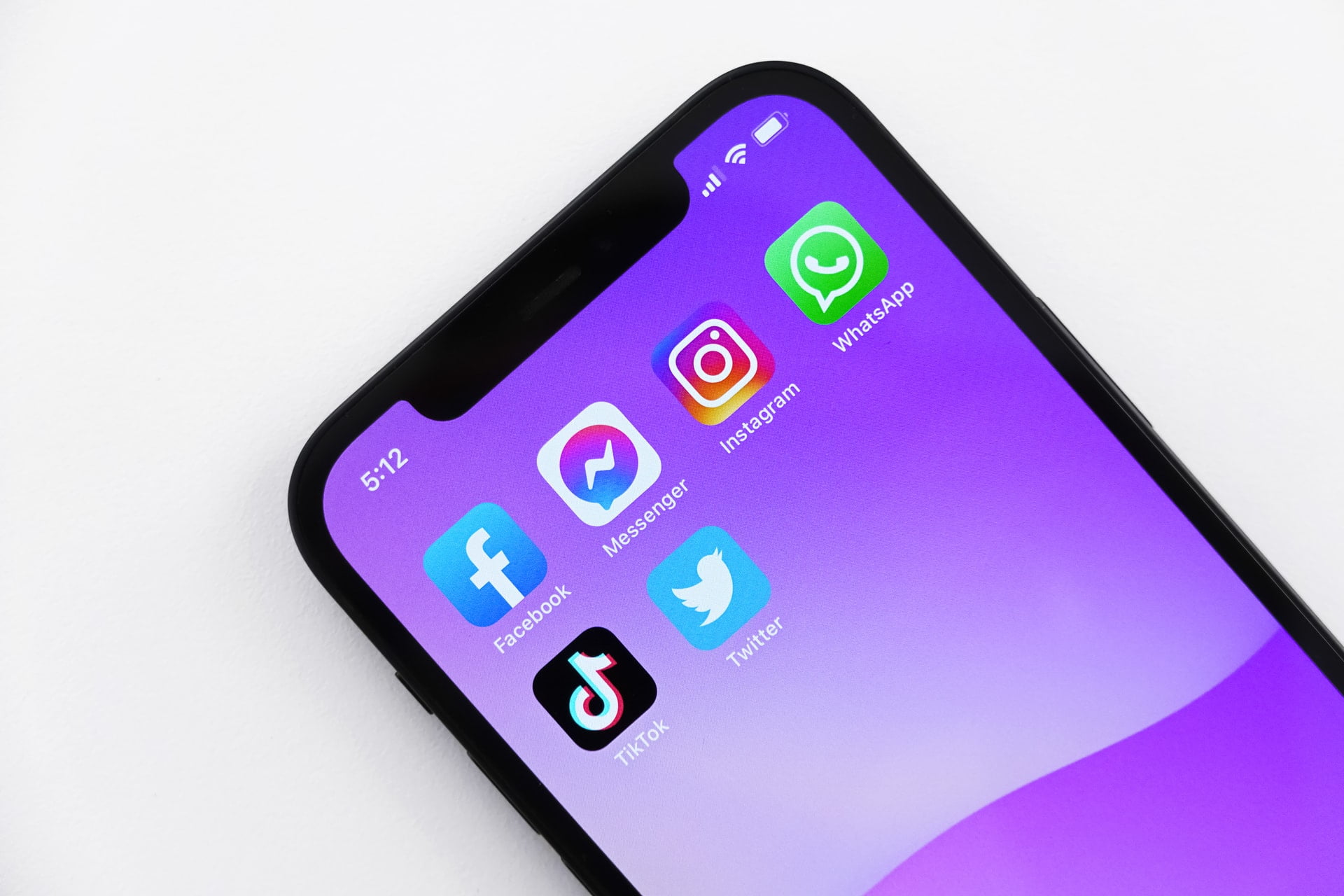 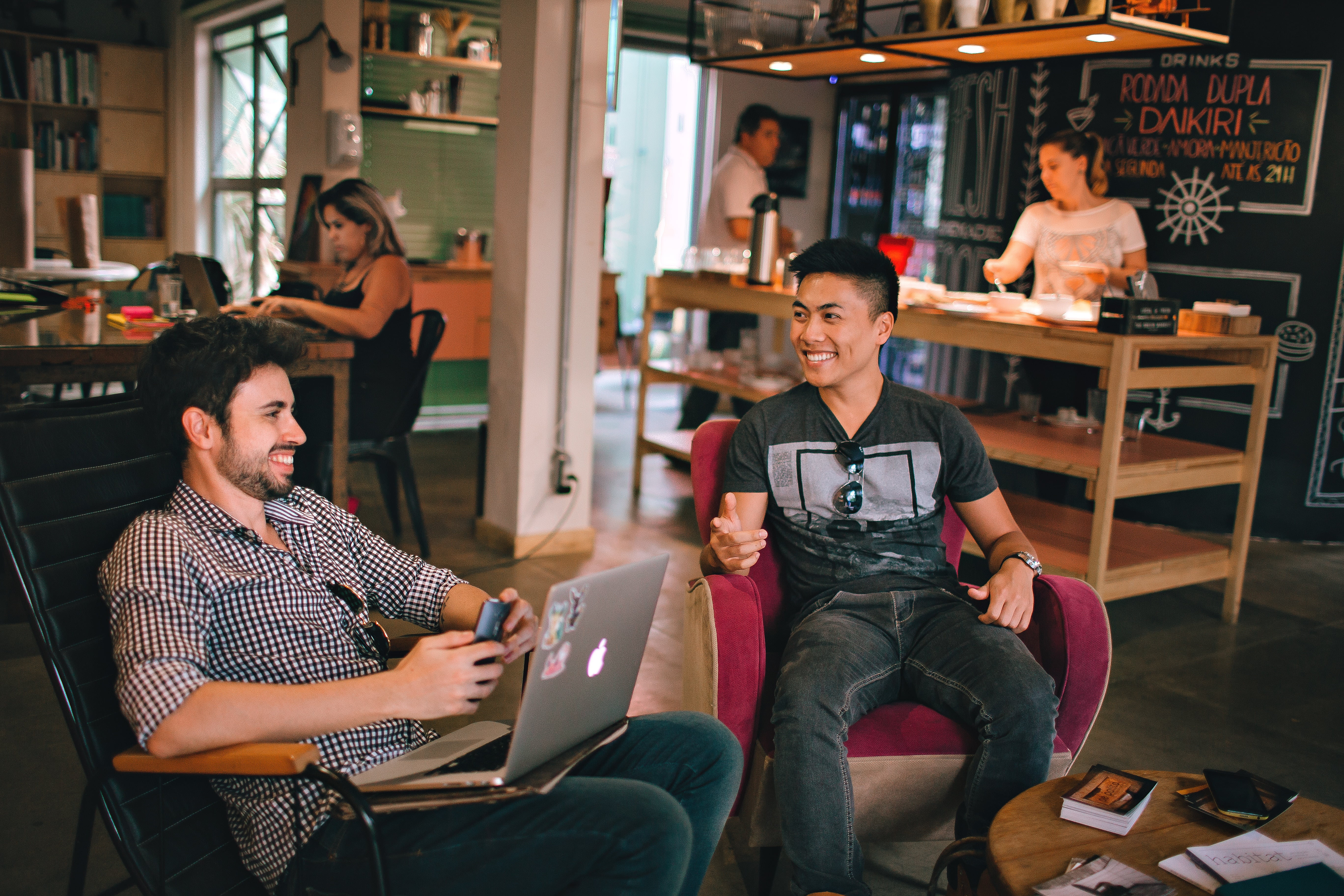 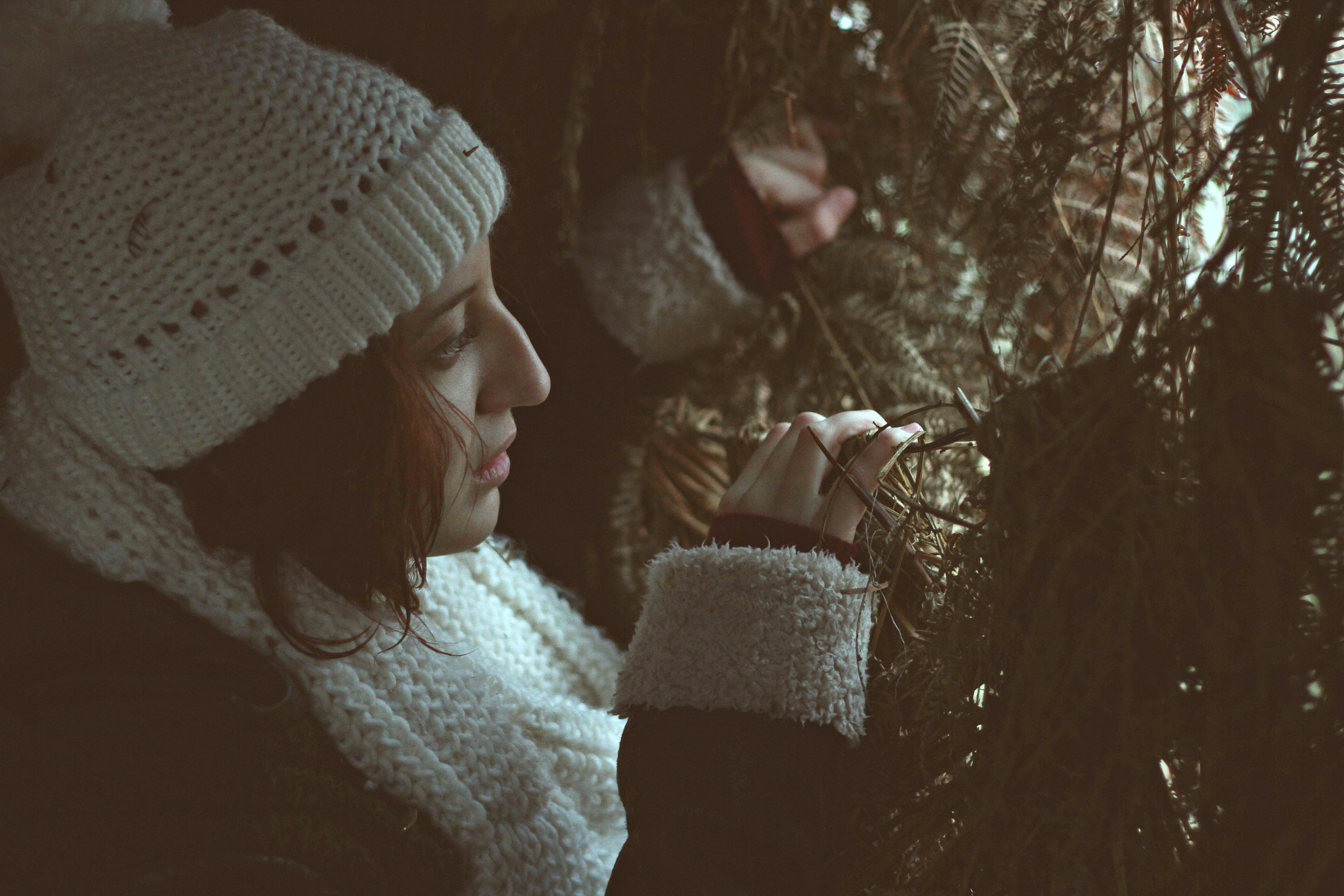 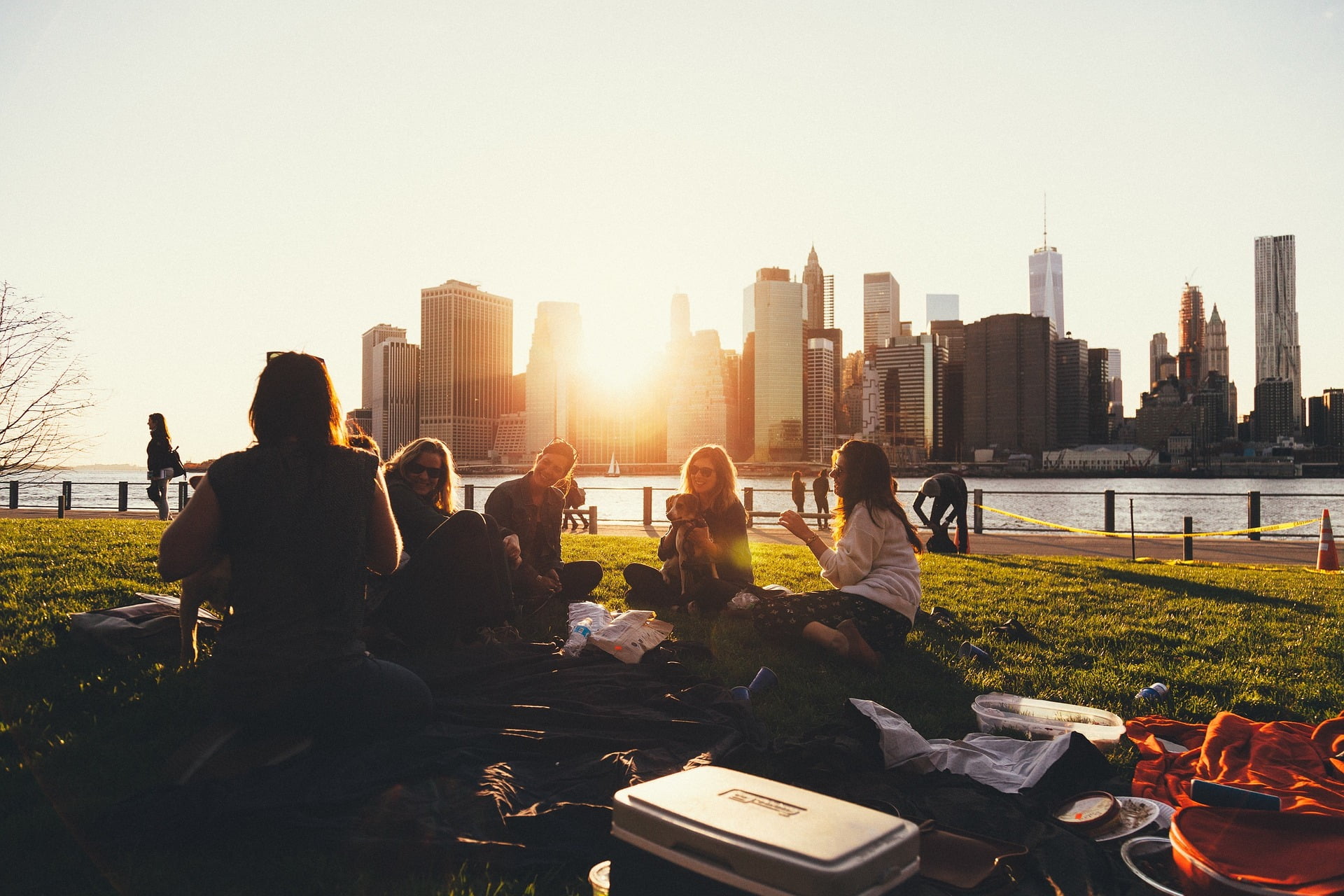