Let’s cut the crap, the only person who can really tell you why your girlfriend left you is your girlfriend. But if she has decided not to tell you or she just ghosted you without giving you a reason, then i can help you find the possible reason.

There are a billion reasons why people do break up for and we can’t get into all that. What we are going to do today is help you narrow down the possible reasons why your girlfriend left you. There will be a bonus at the end of the article that will help you cope so read to the end.

Possible reasons why your girlfriend left you

We will start with the most obvious and reasons and walk our way to the not-so-obvious reasons why your girlfriend left you.

Did your mind just skipped a beat when you saw the word “abuse”? Have you ever raised your hands on her? Have you forced her to do things she wasn’t comfortable with at the time? Or verbally abused her?

Things like these are the nightmare of any girl out their. Some are already truamatized from the experience of the past and any slight trigger you make will send them bolting the other way faster than usain bolt.

I once read an interesting answer on quora on this subject matter. A young man was set on a blind date by a close friend. The date started so great and the girl was incredily beautiful. The both of them vibed on all frequencies and when the resturant was about to close for the night, they had to leave the place and went to his car. They both were having fun and both didn’t want the date to end yet.

Then all of a sudden, the girl panicked and said she wasn’t comfortable around him anymore. He pointed to her a cop car that was ahead of them and that they he can’t harm her. But she insisted so much and ended up leaving him at the spot and never got in touch with him again.

He wasn’t pleased with the whole thing and even thought something must be wrong with her. Alone for him to learn from the friend that set him up for the date that the girl has been seriously truamatized in the past from her ex and that’s what caused her to panic.

In this case, she wasn’t his girlfriend yet, you can see how the fear of being abused sent her on the run. So if you are abusive, i am sorry to say this, but it is highly possible that your girlfriend left you because of your abuses.

If you ain’t following LoversBud on Quora, you are missing out of so many interesting love stories

Read: Why Girls Don’t Like Me? The Brutal Truth and How To Change It

This is another reason why your girlfriend could have left you. Now think for a moment about any character you have that she kept on telling you to change over and over again. It could be that she was giving you a grace period to change, but the moment she realized you were not going to change, she decided she couldn’t continue like that and she left you.

I am pretty certain you know of the world’s famous relationship destroyer “Mr and Mrs Cheating”. It’s sting is so strong that it can kill a relationship instantly and in extreme causes, claim the life/lives of the couple.

Another very interesting answer i read from Quora is about a woman who found out her husband has been cheating on her for decades in their marriage. Some of his lovers were people who she opened her doors to and who even ate on the dinner table with her children. The shock of the whole revelation hit her so bad that it took her up to a year and half to recover from it. Till date, whenever she sees the man, all those dark feelings floods back inside like Tsunami. At her lowest point in that one and half years, she almost killed herself. And obiviously, she left the man

This shows you just how much damage cheating can do, so if you were cheating on her in any way, thinking she would never find out. There is a possibility that the reason why she left you was because she finally caught you cheating. 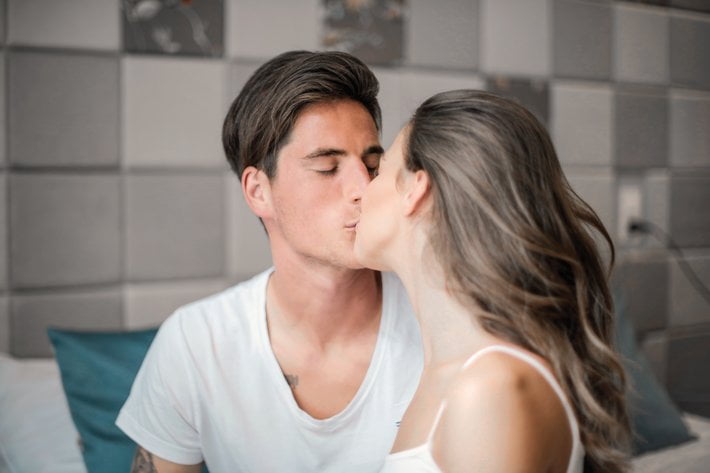 4. She fell in love with another person

The truth is you probably did nothing wrong and she might have left you beside she found love in another guy. This happens more frequently than you expect. Maybe, the relationship started becoming boring or routined to her so she decided to find a new thrill. I once witnessed a close family member break down in tears and cried because his girlfriend of 2 years broke up with him and he found out she was already in a relationship with a new guy a month before she broke off with him.

If your girlfriend left you because of another guy, you can easily find out by the time frame it takes for her to get into a new relationship (this method isn’t always correct though).

Read: List Of 19 Romantic Surprises For Your Girlfriend Would Love

The truth sucks atimes. Sometimes, people get into a relationship with persons they are already certain that it is only a fling. Not everyone is ready for a long term relationship yet. The moment it gets serious, they run out as fast as they came in.

The most annoying part of this reason is that it implies the person consciously played with your heart like a toy and dumped you when she was done. The next annoying part is that in some occasions, she has already disclosed to someone her intention from the get go but the person can not walk up to you and tell you.

So it is also possible that why your girlfriend left you is because she never planned to spend forever with you.

My last words to you

Please move on. There is no need for you to keep bothering yourself over someone who doesn’t care about you anymore. It’s time for you to move on and find love in someone who would love you unconditionally in return.

Thank you so much for reading.